Is it time to consider expanding into Japan? 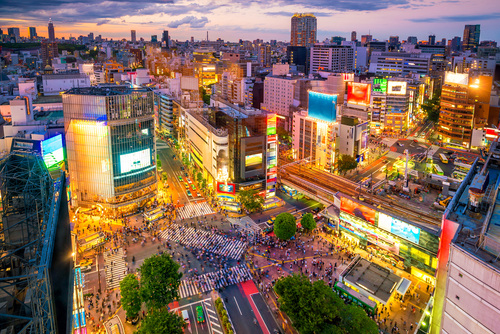 There has never been a better time to consider expanding your company into Japan. Not only are minds opening to immigrants and foreign workers, but there is now infrastructure in place to actively help those wishing to do so.

Countries all over the world continually rely on foreign workers and investment to keep industries and infrastructure not only ticking over, but thriving. According to research from 2015, 14% of the United States’ total population comprises of immigrants. It’s 17.6% for Croatia, nearly 28% for Australia, 29% for Switzerland and a huge 64% for Monaco. However, in Japan the number of foreigners amongst the population is just 2%.

But this is set to change. Currently, visas that allow foreigners to settle in Japan are only available for those who are considered ‘highly skilled’ workers, whereas less skilled foreigners are only admitted as students or trainees. However, in June the government announced that it is creating a ‘designated skills’ visa to accept 500,000 new workers by 2025 in sectors including hotels, shipbuilding, nursing, agriculture and construction. This means that ‘gaigin’ (the Japanese word for ‘foreigners’) are now descending fast.

This won’t just impact the economy and the workplace, but also attitudes to foreigners in general. It’s believed that acceptance of foreign labour is slowly growing in Japan, but sadly this has not always been the case. Sakura no Mori hospital and care home north of Tokyo hired its first foreign worker just six years ago (vastly different to NHS England, whereby 21.5% of staff are not British), and wary patients shouted ‘gaigin’ at them to get their attention whilst others didn’t want anything to do with them at all. A recent poll however revealed that 60% of 18-29 year olds now support the idea of admitting more foreign workers.

One of the reasons for the introduction of the new  ‘designated skills’ visa is that Japan’s ageing population is creating more jobs than there are people who want them. Many of these are in the care industry, highlighted by the fact that the aforementioned hospital, Sakura no Mori, now has a staff that is made up of 8% foreign workers. Additionally, the approaching 2020 Tokyo Olympics are putting pressure on hotels, farms and construction sites as preparation for the event is underway.

Mr Toshihiro Menju, Managing Director of the Japan Centre for International Exchange, is concerned, stating that, “We are reaching a point where if we don’t start thinking about immigration, then Japan’s future will be in danger”. Unfortunately, attracting enough foreign workers to satisfy this staffing discrepancy may not be easy. Language is likely to be a barrier, as only a few companies in Japan work in English. Another barrier will be business practice and ethics, as those with student and trainee visas are often subject to exploitation, whilst promoting based on seniority rather than merit, and working long hours are the norm in Japan.

Japanese businesses need to adapt, or they will likely fall behind. The good news is that many Japanese people are hopeful, including Hidenori Sakanaka, head of the Japanese Immigration Policy Institute. He believes that more exposure to foreigners is reassuring locals that they can get along with them, and that “with the right policies, we could transform ourselves from the weirdest nation in the world on immigration to a model for how to do it”.

Along a similar vein, last year the Ministry of Economy Trade and Industry (METI) and the Japan External Trade Organization (JETRO) – leading agencies that assist foreign firms wanting to invest in Japan – opened a Tokyo location to help those wishing to establish a company in Japan with their paperwork, complete with language assistance.

All of the above means that there has never been a better time to consider expanding your company into Japan. Not only are minds opening to immigrants and foreign workers, but there is now infrastructure in place to actively help those wishing to do so. Pair that with world-class international HR support and taking your business to Japan might just be too good an opportunity to pass up.