National Payroll Week has arrived in the United States 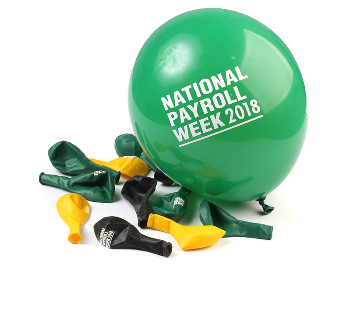 National Payroll week in the USA does not overlap with Labor Day by coincidence. The first Monday in September honours the social and economic achievements of workers in America, and celebrates the contributions that they have made to the country. Similarly, National Payroll Week, which began yesterday on Labor Day, “highlights the achievements and symbiotic partnerships between America’s employees, payroll professionals, and various government programs and agencies”.

Founded by the American Payroll Association (APA) in 1996, NPW celebrates the impact of payroll; it generates 70% of the U.S. Treasury’s annual revenue.

To most people, payroll is something only thought about once a month on payday. But we, the payroll industry, know just how much of an impact we have on everything and everyone, every day of the year. NPW’s slogan is “America Works Because We’re Working For America”, which highlights the impact that payroll has on the country year-round. Money collected by payroll professionals from employees’ paychecks through the payroll withholding system enables the operation of government programmes that keep the entire country functioning. These include Medicare, building federal highways, social security and the military.

So we want to wish the entire payroll industry in the USA a very happy National Payroll Week! Thank you for all of your hard work and we hope you all also enjoyed your long Labor Day weekend.

You can follow National Payroll Week on Facebook and and on Twitter with the hashtag #payrollweek. NPW has also spread across the world and is now recognised in the UK and in Canada. The UK is using the hashtag #NPW2018 this week and Canada is using the same hashtag next week, as they celebrate their week from the 10th-14th September.